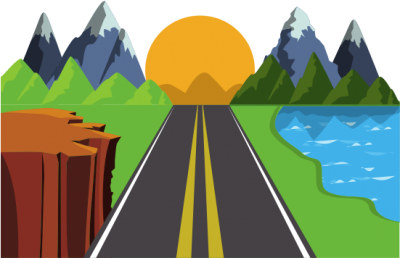 The Guilin Hills of China :

In the first part we read about the evolving structures caused due to the disturbance in the Earth’s crust. The Devil’s watchtower in USA, Coral Reefs of the South Pacific Ocean and The Olgas of Australia are the beautiful wonders and unexplained creations of the earth. Across the world are some unusual, yet beautiful creations of earth caused due to the extreme weather patterns or climatic changes. Read on to find out more of these wonderful, breath-taking and stupendous landforms.

Among the world’s most magical landscapes are the strange limestone towers that appear above the countryside around Guilin, on the banks of the Li River, South China. These landforms have been an inspiration to many generations of artists and poets.

Today the water plays an important role in shaping the landscape. In this region, the acids in the water produced by the decomposed plants also accelerate erosion. These towers are less affected by the forces of wind, rain, and erosion at their tops than at the bottom.

The Death Valley in Eastern California is the hottest, driest, and lowest place in North America. The inhospitable environment contains an unusual mystery of a series of grooves that cross part of its sunbaked surface, each brought to an abrupt halt by a large boulder. Death Valley can be dangerously cold during winters and as hot as 57 degrees Celsius in summers.

Some 50 million years ago, forces deep inside the Earth built the high mountain ranges- the Rockies- on America’s West Coast. East of the mountains, a series of faults were developed, and some blocks of land between them sank to form rift valleys, while neighboring blocks were thrust upwards to form more mountains. It does not rain in these lands. The warm winds carrying moisture from the Pacific cause rain in the Sierra Nevada region but as the wind reaches the other side it loses all its moisture and thus causing desert like conditions. But when rain arrives it causes a deluge. There is no exit to the sea and hence the water accumulates on the valley floors, forming temporary lakes that dry up in the hot sun, leaving layers of salt and hard-baked mud. These are called ‘Playas’. These ‘Playas’ may have been made by fierce wind blowing boulders along the surface after rain making it slippery.

These rocks would have been carried in the blocks of ice that were beginning to thaw and caused a trail. This explains the sudden encounter of boulders on the surface.

the death valley does have visitors , but it is very important to keep a track of the weather or seasons while scheduling a trip to this place due to extreme weather conditions.

The Snow monsters known as “Juhyo” that occurs at the top of the Mount Zao are amazing creations of weather changes during winter and are an amazing sight to behold.

Starting late December to mid-march, the harsh Siberian winds travel across the North Japan sea and travel to the western plains of Yamagata, pounding the wooden mountain sides. In the Zao area, these freezing winds drop two to three meters of snow on the ground, and seal the fir trees with freezing condensation. This rare combination of atmospheric conditions and tree variety creates the juhyo effect: i.e. a consistent accumulation of ice on these fir trees make them appear as monstrous snow towers. Typically, juhyo begin to develop in January, but they are their best in February. By the end of March, these winter visitors begin to melt away again.

It is a wonderful sight to see the trees take shape of huge monsters of various shapes. The tourists flock around the winters to see this creations and the skiers enjoy skiing on the icy trails among the hulking images. 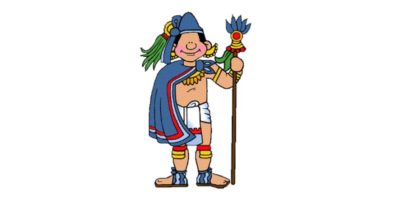 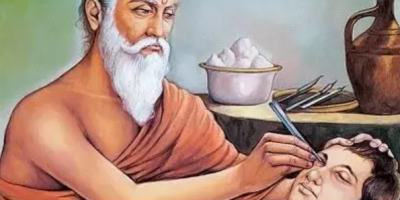 The country of India gifted medical science Maharishi Sushruta who performed cosmetic surgery and groundbreaking operations which may intrigue the...