The Mughal empire was founded by Zahir-ud-din-Muhammad Babur. The term ‘Mughal’ can be drawn from Babur’s ancestors- the Mongol chief Chenghiz Khan on his mother’s side and Turco-Mongol chief Timur of Central Asia on his father’s side.

The spread and adminsitration of Mughals

By 1650, the Mughal dynasty was one of the three leading powers of the Islamic world. At the peak of its rule, around 1690, the Mughal Empire ruled almost the entire subcontinent of India, controlling 4 million square kilometers of land and a population of about 160 million.

The Mughal emperors were oppressive rulers. The royal court included officers, bureaucrats, secretaries, court historians, and accountants, who produced impressive documentation of the empire’s day-to-day operations. The elites were organized on the basis of the mansabdari system, (in this system the officers were graded on the basis of their mansab or rank and called them as mansandars). A mansabdar generally entered service in a low rank and rose through promotion based on the loyalty and service.

The pedigree of Mughal rulers

The Mughals followed the tradition set by Chenghiz Khan who nominated as his heir the most deserving among the descendants. This resulted a lot of ill-will among brothers causing fratricide (brother-killing-brother).

• Babur :  The young prince Babur, finished his conquest of northern India in 1526, defeating the Delhi Sultan Ibrahim Shah Lodi at the First Battle of Panipat.

• Humayun : On becoming a king, faced rivalry from his brothers who were contesting to ascend on the throne. Sher Shah Suri and Bahadur Shah were the remote rivals who were ruling some provinces of India.Sher shah managed to defeat Humayun in 1539-1540. Humayun recaptured Delhi and restored Mughal rule in India.

•  Sher Shah Sur : Sher Shah Sur, after defeating Humayun established his Sur dynasty in Agra. He established his dynasty from Bengal to Indus (Kashmir incl.) He introduced many dynamic changes like land revenue system, standardised coins, weights and measures. He died in 1545 but his established dynasty ruled until Humayun restored Mughal rule in the later years.

•  Akbar : Akbar, after Humayun’s death, followed to rule the Mughal empire. At a very tender age of fourteen, he was crowned as the king. He also encouraged trade ties with Central Asia and Persia. Akbar’s increasing conquests included parts of northern Deccan, including Ahmednagar.  Akbar died in 1605 and was buried in Sikandra near Agra.

•  Jahangir : After Akbar’s son Jahangir followed to ascend the throne. Jahangir granted trading rights to the Portuguese and later to the English. The Mughal empire was stable enough for him to preside over it for twenty-two years without much danger of upheaval.

• Aurangzeb : Aurangzeb imprisoned Shah Jahan and ascended on the throne. A succession war followed, and Aurangzeb killed his brothers who were fighting for the throne. Aurangzeb increased taxes payable by the non-Muslims and permitted the destruction of temples. Aurangzeb’s conflicts with the Marathas continued but he could not completely crush the Marathas. During Aurangzeb’s reign, trade with the Europeans flourished. The English had their trade centres across India.

The Decline of the Mughal empire

After Aurangzeb’s death, the Mughal state began to crumble slowly from within. Increasing revolts of the peasants and sectarian violence threatened the stability of the throne. Various nobles and warlords sought to control the line of weak emperors.

Along the borders, powerful new kingdoms sprang up and began to chip away at Mughal land holdings. The British East India Company came into existence in 1600, while Akbar was still on the throne. It entered the Indian subcontinent with intentions for trade but took advantage of the weakened Indian rulers.

The Mughal heritage in India

The Mughal Dynasty left a large and visible mark on India. The Mughal heritage could be seen in the many beautiful buildings that were constructed in the Mughal style—not just the Taj Mahal, but also the Red Fort in Delhi, the Fort of Agra, Humayun’s Tomb and a number of other lovely works. The melding of Persian and Indian styles created some of the world’s best-known monuments.

This combination of influences can also be seen in the arts, cuisine, gardens, and even in the Urdu language. Through the Mughals, Indo-Persian culture reached a climax of refinement and beauty. 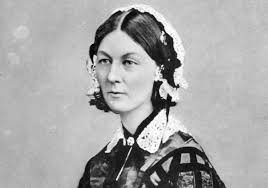 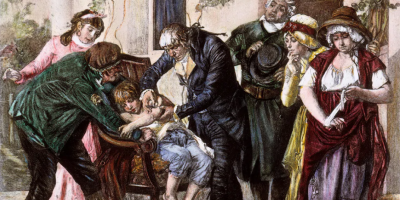 The many diseases that ravaged ,the humans in the past centuries were tackled by best invented medicines or precautionary measures....