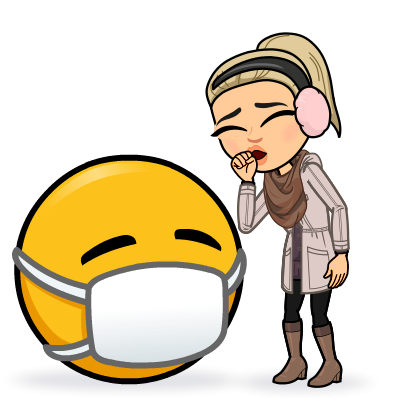 Our human race has faced many epidemics and pandemics. This is not the first time that the entire world is experiencing a lockdown or quarantines and isolation are no new terms to us. There have been many diseases which had caused a rampage and crippled the normal lifestyle of the people and the impacted countries. Ever thought that living in such new age lifestyle where almost everything is autonomous, we would have to bend on the knees helplessly when a global pandemic strikes us? Or think about it, isolation of the suffering patients was just the best treatment to be given today for the spreading virus? Storyyogi presents you with an insight on the pandemics faced by our world so far and lessons that we learnt by our past, relevant even today.

The Black Death was a devastating global epidemic of bubonic plague that struck Europe and Asia in the mid-1300s.In October 1347, 12 ships arrived in Europe from the Black Sea and docked at Sicily of Messina. Most sailors aboard were dead, those alive were showing grave symptoms of plague which had black boils that oozed blood and pus. This disease exhibited symptoms like fever, chills, vomiting etc. and then very soon death. The infected would pass on the disease to the care givers and thus causing families and families being swept away. The carriers of this disease were believed to be humans, i.e. the bacteria travelled from person to person through air transmission, also through the bite of infected rats and fleas. These pests were specifically found on the ships of trade travelling from parts of Europe. Hence the plague that had crippled Sicily had now spread to England.

Every village, every native was now grappling with a new crisis-how to bury the dead? Every farm was converted to a burial site. Heaps and heaps of corpses were buried together. It felt as if this was the end of the world. But what could have caused so much of deaths? The infected humans and animal were the carriers but there were other reasons which were ignored and hence this disease travelled from Europe to London. These reasons also contributed to the pandemic:

1. Increased trade activities led to connecting isolated communities and people. Thus, leading to travelling of people from far and wide and increasing the chances of germs transmissions.

2. The neighborhoods, natives and villages became overcrowded leading to urbanization.

3. Lack of sanitary measures – personal and community hygiene was at risk as European countries were yet to develop a robust sewage system to dispose human and animal waste.

4. Lastly, lack of medical knowledge contributed to the pandemic- almost one-third of Europe’s population was swept away due to “The Black Death”.

In 1894, scientists discovered the bacteria behind the plague and this study lead to advanced research and improvement of medical facilities. Also, the second wave of plague did surface with vengeance but the officials in the Venetian-controlled port city of Ragusa could contain the disease by isolating the sailors on arrival and they would be quarantined for as many as 30 days until it was clear that they were not carriers of the disease.

The first wave of the 1918- Spanish Flu occurred in Europe, USA and parts of Asia was found widely spreading around the world. It all began in March -1918 and continued to cause a havoc in these parts of the world. But the impact was mild as the sick experienced typical flu like symptoms like fever, fatigue, shortness of breath and nausea. They would take days to recover. At that time there were no drugs and research equipment or vaccines to cure this killer virus. Unlike today we do have advanced techniques and research methodologies to arrive or understand the behaviour of the Coronavirus pandemic that is staring at us today.

Spanish flu, as the name suggests, did not originate from Spain. The place of origination of the virus is ambiguous. But the death toll was highest as compared to all pandemics that the world faced. The first wave occurred during March 1918 causing less deaths. On the outbreak of this global pandemic, people were asked to wear masks, follow social distancing norms, schools, churches, and theatres were shut down. Like today, the hospitals too were overflowing with patients. Many a private homes, buildings and public spaces were converted to makeshift quarantine centres or hospitals, just like today. People were advised to stay home, not shake hands and spitting was banned. Masks were made mandatory in San-Francisco in September 1918 and those who did not comply faced fines, imprisonment and were shamed as “mask slackers”. Even today, we are following these same measures and the scenario is no different from what the world is facing today. Soon, there was a second wave and that was very severe. Infected patients died within hours of getting admitted. What caused the second wave and that too why was the death rate so high?
1. Early relaxation of the precautionary measures either as individuals or as a community contributed to the increase of the spread of the virus.
2. Weather conditions i.e. winter or the fall season made the illness worst crippling the patient to slow or no recovery.
3. Lack of medical expertise and equipment hampered the study of the disease. Vaccines were not available and thus causing huge death rates.

History has taught us many lessons. Today we are equipped with advanced medical facilities and research techniques. Nations are working to create vaccine for the Corona virus which is a hope that we all are looking forward to. But till then, lets learn from history. Pandemics like black death or Spanish flu have never got eradicated but effective non-medical measures that are possible by us can contribute to reducing the magnanimity of the disease. Every pandemic makes us wise, reminds us about our responsibilities towards the society, maintain hygiene standards and give our future generations a healthy life.

European countries -Spain, Italy, parts of Germany and France have announced new restrictions to control the spread. There is second wave noticed in these countries. Lessons of past relevant today should make us wise and together we can overcome this and heal the entire world.

Storyyogi wishes all its readers a safe day today, tomorrow, and ever ahead. Speedy recovery to the infected and courage to our COVID fighters and Warriors. 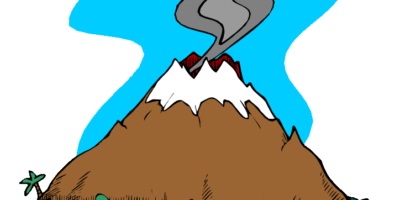 On a lazy rainy day, our yogi elephant decides to see his favourite TV show on volcanoes. He had certainly... 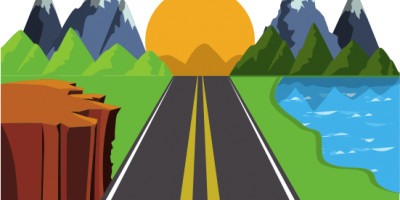