Jehangir Ratanji Dadabhoy (JRD) Tata was born in Paris in 1904 into a Parsi family to Ratanji Dadabhoy Tata and Suzanne Brière. His father was the first cousin of Jamshedji Tata, an Indian pioneer industrialist and the founder of TATA group of industries. J.R.D was the second of four children. As his mother was French, he spent his childhood in France and hence French was his first language. J.R. D’s mother died at an early age of 43 and as his father was in India and employed with the Tata company, he decided to move the entire family to India.

J.R.D was educated in France, Japan, and England before being drafted into the French army for a mandatory one-year period. He then decided to obtain engineering degree from Cambridge, but RD Tata summoned his son back to India. He wanted his son to join the Tata company. He soon found himself on the threshold of a business career in a country which he was not so familiar with. In 1929, JRD renounced his French citizenship and took up Indian citizenship. In 1930 JRD married Thelma Vicaji.

J. R. D. Tata was largely inspired by his friend’s father, pioneer Louis Bleriot, the first Man to fly across the English Channel. Young JRD took to flying. On 10 February 1929, JRD Tata obtained the first pilot license issued in India. He later came to be known as the father of civil aviation. In 1932, he founded India’s first commercial airline, Tata Airlines which became Air India in 1946. Air India is now India’s national airline. J.R.D nurtured his airline venture through 1953 when the government nationalised Air India, a decision which he protested very hard.

Birth of TATA group of companies

At the age of 34, J.R.D was elected Chairman of Tata Sons, thus making him the head of the largest industrial group in India. For decades, he directed the huge Tata Group of companies, with major sectors in steel, engineering, power, chemicals, and hospitality. He proved to be very successful in business and established good practices maintaining high ethical standards. He detested practices like bribing and black marketing. He is also best known for being the founder of several industries under the Tata Group, including Tata Consultancy Services, Tata Motors, Titan Industries, Tata Salt, Voltas and Air India.

His leadership was the company’s Golden era—he started with 14 enterprises; when he left in 1988, the Tata group had 95 companies, including many he founded. JRD Tata was the man who initiated the ‘employee welfare schemes’ in India.  He is responsible for the 8-hour work day, free medical aid and the employee provident fund. These principles were later adopted by the Indian Government as statutory requirement in the companies. His inclination to put his own money where his beliefs were resulted in the setting up, of the multipurpose JRD Tata Trust. A few years later he sold more of his shares and an apartment in Bombay to establish the JRD and Thelma Tata Trust, which works to improve the lot of India’s disadvantaged women.

J.R.D Tata died in Geneva, Switzerland on 29th November 1993 at age 89 of kidney infection. The Indian Parliament was adjourned in his memory- an honour not usually given to persons who are not members of parliament. He was buried at the Père Lachaise Cemetery, which is the largest cemetery in Paris. 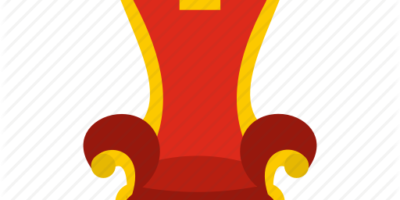 Storyyogi brings to all history lovers a series of great emperors of India and their dynasties. These emperors were the... 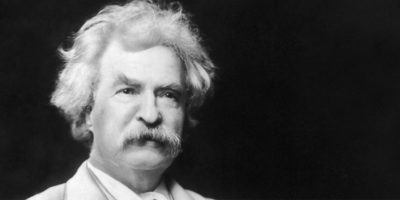 Samuel Langhorne Clemens known by his pen name Mark Twain was an American writer who lived through the 19th and...