This island in San Francisco Bay, California, USA, is often known as” The Rock”. It was first used as a military prison, but then became a prison for the country’s most dangerous criminals. The most notorious criminals of the time including Al Capone, Machine Gun Kelly and Robert ‘Birdman’ Stroud spent many years here. This prison is located on a rocky island surrounded by the freezing water of San Francisco Bay and it is believed to be impossible to escape. But 36 men attempted to escape, of which 23 were caught, 6 were shot and killed, and 2 drowned. The remaining 5 were never seen again after their escape and are believed to be drowned and their bodies were never recovered. Closed in 1963, this island and prison is now a popular tourist attraction due to its rich history.Some of the famous movies that were filmed in Alcatraz are Catch Me If You Can, The Book of Eli, Birdman of Alcatraz, X-Men: The Last Stand and The Rock .

France’s worst criminals and political prisoners were sent to this prison. It was first opened in 1852 until 1938 under Emperor Napoleon III’s reign. Devil’s Island is in the Caribbean, off the coast of French Guiana. It is one of the most infamous prisons in history. Between horrible conditions and sickness, it is calculated that great majority of 80 thousand prisoners that served there never left the island and died there.  The prison was almost impossible to escape with the piranha-infested rivers and thick jungles around it. Henri Charrière managed to escape the island, and their exploits were described in a book and movie known as “Papillon”. It was open for 90 years and now it is open for tourists. Visitors can only explore Royal Island where a few cells and the administration buildings were kept. Nobody is permitted on the Devil’s Island.

Now home to the British Crown Jewel, the Tower of London is one of the top tourist attractions in England. It has served as a prison from 1100 to the mid twentieth century. This has led to the phrase “sent to the Tower”, meaning imprisonment of the person. A tour of the Tower includes a visit to the cells with displays of the prison life. The executions took place in Tower Green. Kings and queens used the tower in troubled times to protect their possessions and themselves. Arms and armour were made, tested and stored here until the 1800’s. Famous prisoners include Sir Thomas More, King Henry VI, Anne Boleyn and Catherine Howard (wives of King Henry VIII) and Rudolph Hess. Today the bearded Yeomen Warders, also called “Beefeaters”, guard the tower today, and still carry out the ceremonial duties such as unlocking and locking the tower every day in the Ceremony of the Keys. The Tower has witnessed many stories of ruthless executions and tortures. It is said that the tower has many haunted stories There are many haunted stories that have been illustrated by the guards of the tower like the ghost of Anne Boleyn is said to stalk the site of her execution in Tower Green. ‘The Princes of the Tower’ is another haunted legend. The two young sons of Edward V were left behind when he died in 1493. They were the heirs to the throne. These boys of age 12 and 9, were left in care of Edward’s brother, Richard. Both the boys mysteriously disappeared leaving Richard to claim the throne. Since their disappearance the boys have been rumoured to haunt the White Tower, some have even seen them cowering in their nightclothes in the corner of the rooms clutching each other in fear.

This prison of South Africa is located just off the Cape Town. Nelson Mandela the famous political figure was imprisoned here. Although a prison for centuries, from 1959, it was a maximum-security facility for political prisoners. The last prisoners left Robben Island in 1996, and in that year, it became a museum and a national monument of South Africa. Just like Devil’s Island, it was nearly impossible to escape from Robben Island because of the harsh conditions. Only a few cases of escape have been reported, such as the cases noted of, Autshumato and Stuurman, among others. The living conditions of the prisoners of Robben Island were very harsh. The prisoners were forced to do hard labour on the island like cutting stones or collecting shells . Food supplies were low and puny. This led to several protests by prisoners.  Today it is a popular tourist destination and can be reached by ferry from Cape Town. The island is an important breeding area for a large African Penguin colony.

This prison is in France off the coast of Marseille. From 1634 through the end of the 19th century, it was served as a dumping ground for religious and political prisoners. Then, the prisoners from the wealthy class received better treatment than the less privileged ones. However, they often had to pay for the privilege. It was demilitarized and opened to the public in 1890 and is now one of the most famous prisons of the world. Alexandre Dumas’s book,” The Count of Monte Cristo,” was based on the island, and its success made Château d’If  famous. Two adjacent cells are named after Edmond Dantes and Abbe Faria, they were the main characters in the book. Dantes escaped from the island in the story, but nobody is believed to have escaped. 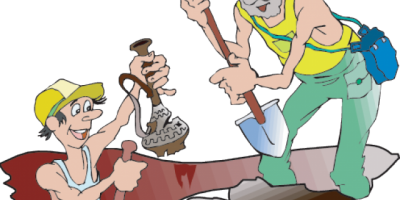 The mystery unfolds !! Storyyogi presents you with an interesting account of some unexplained places around the world. Read on... 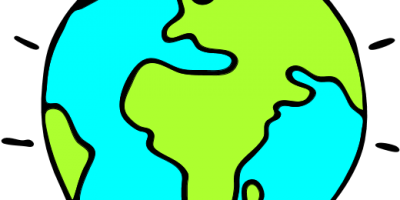 Storyyogi gets hold of an interesting book on civilizations in his school book fair. Read on to know how ancient...