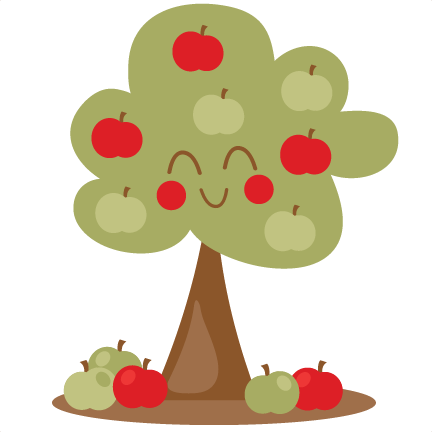 Jack's encounter with the ogre

Jack, the little boy, was lost in the dense forest. He had come to the fruit orchard with his friends to pluck juicy fruits but got tempted to pluck the red apples from the apple tree. It was a few miles away from the orchard. He thought he would quickly pluck some and join his friends who were returning home. Little Jack was engrossed in plucking the apples so much so that he could not hear his friends calling him to leave for home. The setting sun and the lost way made him more nervous and he started running frantically in whichever direction visible. In the middle of the forest was the castle of an ogre. The mighty humongous ogre! The villagers knew about the castle and the huge ogre staying in it. But nobody dared to enter the forest for the fear of being killed.

It was already late evening and Jack was tired and thirsty. Suddenly he heard some heavy footsteps. The poor kid paced up and decided to hide under the big tree. Behind the huge tree trunk, stood a ferocious monster, the huge ogre. He was about 9 feet tall, had a big head, sharp teeth and very huge hands. The ogre sniffed around and grabbed Jack’s neck. Jack tried to resist but it was of no use. The ogre’s grip was very firm. “Hmm, there you are, you puny juicy boy. I could smell human flesh from far away and I am so lucky that I caught you at the dinner time. After a long time, I will have a very sumptuous dinner.” The ogre’s scary words made Jack nervous. He was sweating profusely and his throat was running dry. The ogre dumped his catch in a gunny bag and started walking towards the castle.

Edmund comes to the rescue !

Back in the village, Jack’s parents were panicky. When the kids narrated the entire account, his mother was weeping helplessly. The entire village gathered to comfort Jack’s parents. One of the villagers very worriedly said, “If he has entered the forest, then there are very dim chances of the kid returning home safe. The castle demon slaughters all the wanderers.” His worried father saw no way out of this danger. He rushed to the king and gave an account of Jack’s disappearance in the forest and the ogre being a threat to his life. The king comforted Jack’s parents.

The king was thinking how can he save his kingdom from the ogre’s grip? He said, “I am aware about the demon and the castle. The other village is an easy prey for the monster as it is closer to his castle than us. Lots of kids and people have got disappeared from that village. I hereby announce that I depute Edmund, the mighty knight to rescue Jack and kill the ogre. He is a brave knight and I am aware of Edmund’s sharp wits and bravery. Edmund will immediately leave on his mission bring back our kid home safely.” On hearing this, Edmund made a dashing entry, bowed to the king, mounted on his horse and disappeared in the forest like a lightning.

Edmund sneaks into the castle

In the castle, the ogre had tied Jack to the pillar. A huge pot was mounted on the fire with hot broth simmering in it. Suddenly, he heard a loud bang on the castle door. The ogre wondered who was it and that too at such an odd hour. He walked down the stairs. It was mighty Edmund at the castle door. He decided to mislead the ogre by thumping on the door and running at the back of the castle. Ogre opened the door but there was no one outside. He was clueless. He turned back to climb up the stairs. It was difficult for such a heavy body to be quick in moving around.

Edmund by now had entered the kitchen through the window. On entering the kitchen, clever Edmund emptied the bottle of sleeping pills in the cooking broth. He rushed to Jack, fed him with some water, cuddled him and said, “Son, I am here to rescue you so just be alert and I will soon get you out of this.” Jack was elated seeing Edmund and readily gathered courage to team up with him. Edmund stood in the kitchen waiting for the ogre to come. On entering, the ogre was shocked seeing the mighty knight in his kitchen. At that moment ogre thought he should attack Edmund but he saw the heavy club and the sharp-edged sword which he was holding. Certainly, the ogre did not want to get injured before having a sumptuous dinner. He underestimated Edmund thinking that he will easily crush Edmund seizing the right opportunity. The ogre yelled at Edmund. “So that is you who thumped on the door during my dinner time. How dare you enter my castle?  But ah! Why not? I will have a double treat. C’mon let me make some preparations to sizzle you with some spices so that I can have a lavish meal.”

Edmund stood unperturbed; he was cool as a cucumber. He decided that this huge ogre can be defeated only by wits. He decided to strike a deal with the ogre and said, “Ogre, I will allow you to slaughter us only if you defeat me. You will have to face three challenges and if you win any one of them, you can eat us else you will release us.” Jack was silently watching both. The ogre scratching his huge head accepted the challenge. For him it was no big deal to release the two even if he lost. In no case will Edmund win because ogre knew he was stronger than Edmund.

Edmund very carefully placed the first condition. “So, ogre, the first challenge is very easy, we tickle each other, the one who laughs first is the loser. Are you ready?” The ogre agreed and he was so sure that he can control his laughter. He started tickling Edmund but the mighty knight did not even move a muscle. Edmund never felt ticklish. The clever knight knew that he never felt ticklish and he also knew that this dim-wit ogre would for sure feel ticklish. The ogre resisted not to laugh but Edmund did not give up. He kept tickling and lo! The huge ogre burst out laughing loudly. Edmund won the first challenge! The second challenge was that of push ups. Edmund asked the ogre to do push ups for at least fifty times. Whoever did the maximum push ups would win. Both began their push ups together. Edmund easily finished push ups for more than fifty times. Well! he did a total of seventy push-ups. The ogre thought he would easily manage with fifty, or even more than seventy. He started with full of vigour, but with a growling stomach and low energy levels, the ogre barely managed just forty. He was hungry and collapsed on the floor with fatigue. Edmund won the second challenge too!  He went close to the huge monster and said, “Looks like you need some food to eat. Let’s take a break and then move to our third challenge. The ogre thought that with some food he will get energy and easily defeat his opponent easily. Edmund poured the broth in the serving bowl and handed it over to the ogre. The ogre without a second thought just gulped it down hungrily. Little did he knew that the broth had sleeping pills in it. The ogre said, “Edmund come on! You think you are winning. Tell me the last challenge and then I can enjoy my sumptuous dinner.”

The ogre rose up and started walking a few steps towards Edmund. But he was already feeling dizzy. The pills were making him drowsy. Edmund knew that this is the right time to attack the ogre. He took opportunity of his dizziness, drew out his sword and with one blow attacked the ogre. With his heavy club, Edmund blew off the huge head of the ogre. The monster growled in pain. He tried to revolt and raised his hand to hold Edmunds neck. But could not reach out to him. The ogre fell on the floor with a huge thud. The knight immediately unleashed Jack. They dragged ogre to the castle window. The castle was nestled on a huge cliff, Edmund with all the might and little help from Jack pushed him off the window deep down in the valley. The ogre was dead and mighty Edmund saved the little Jack and the king’s kingdom too.

Both mounted on the horse and galloped out of the forest. It was almost dawn and with first ray of sun splitting in the sky, Edmund arrived with Jack mounted on his horse. The villagers were waiting outside the forest. The king too was eagerly pacing up and down in anxiety. The moment they saw Edmund and Jack, cries of joy broke out and every one picked them both and danced in joy. The king too rewarded Edmund for his valour.

Now, never will any child be unsafe nor any village. The ogre was dead, he died because of his over confidence and dim wits. Again, it was proved, however big the problem is, there is nothing that can defeat it with sharp wits, patience and presence of mind. Clever Edmund won and the foolish ogre was dead. 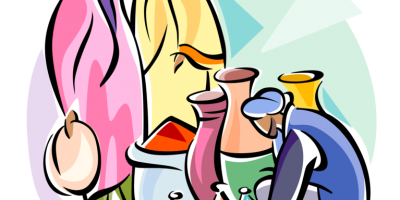 Storyyogi brings you a wonderful story from a kingdom named Gulistan. This is a story of Murad, a brutal Sultan... 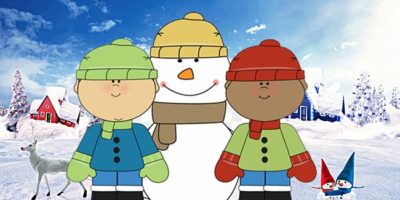 One cold Christmas eve, the village was full of light and festivities were on its peak. The big owl had...