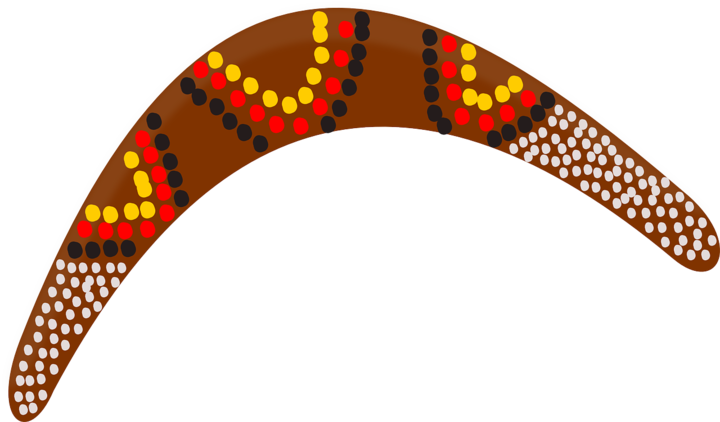 The boomerang is a curved throwing stick carved from hard wood. Research says that the aboriginal men used the boomerang to disable animals, preventing them from escaping during hunting. Like all the other weapons, boomerangs came in various shapes and sizes and were used for different purposes too. Some boomerangs were designed to travel fast, so that if the target was missed, it would come back in time to have another throw.

There were all types of boomerangs- big and small. Like for e.g. the bigger boomerangs were designed to hunt heavy animals. They were asymmetrical. The heavier side of the boomerang would pick up momentum as it spanned through the air and with its hit it would disable bigger animals like kangaroos. The fling of the boomerang would break the legs of the animal and prevent them from escaping. Thus, enabling the aboriginal hunters to quickly catch the maimed animal before it is too late.

The aborigines sometimes used the returning boomerang to catch birds. The hunting nets would be hanged in the trees. On seeing the flock of birds in the air, the hunter would dart the boomerang in the air. The birds would try to dodge the boomerang mistaking it to be a hawk and would get caught in the nest.

The returning boomerang was most likely discovered by accident by an early hunter trying to fine tune a hunting stick. The Australian Aborigines are one of the few cultures in history that never developed a bow and arrow, their heavy dependence on the boomerang for hunting has ensured its preservation.

The non-returning boomerang is longer, straighter, and heavier than the returning variety. With this boomerang the animals were maimed and killed, while in wars it would cause serious injuries and death. Boomerang-shaped, non-returning weapons were used by the ancient Egyptians, by Native Americans of California and Arizona for killing birds, rabbits, and other animals.

Some scholars do not think that boomerangs were generally used as a weapon or for hunting. Other scholars note tribes fighting with boomerangs and they were being used to help start fires, dig in the desert and other chores which were required to be performed to survive in the desert.

The oldest boomerang found was in Olazowa Cave in Poland. It was made from a Mammoth tusk and has been dated to be about 30,000 years old.

King Tutankhamun, the famous Pharaoh of ancient Egypt, who died 2,000 years ago, owned a collection of boomerangs of both the straight flying (hunting) and the returning variety of boomerangs.

The largest boomerang was over 259 centimetres in length. 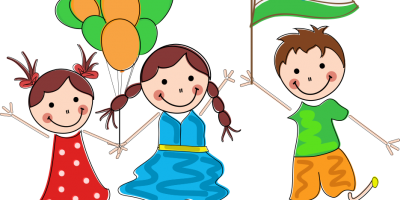 As India celebrates it’s 73rd year of independence, Storyyogi offers a solemn tribute to all martyrs who laid their lives... 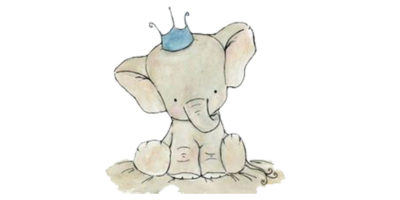