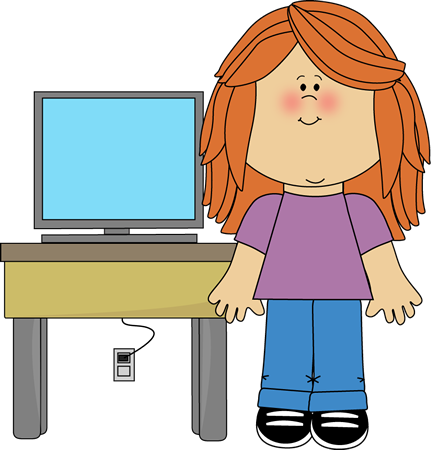 The sky was dark and gloomy. It felt as if it would pour at any moment. Audrey and her pet puppy, Stuffy, were tucked in a warm blanket sipping hot chocolate milk. At bedtime, Audrey would read books on sci-fi inventions and she would drift off to sleep. She was a big fan of this genre of books. She would keep experimenting in their garage with the discarded trash. Audrey would sit there for hours trying to make something innovative. Her last creation was a water sprinkler for the backyard which she assembled with the old pipe and the discarded bathroom shower! Her parents were very proud of their intelligent daughter.

Mornings were super busy. Audrey’s parents would rush to work, Audrey to school and Stuffy would guard the house. Audrey would be back home only by noon. Across the lane, there lived an old lady – Aunt Grace. She was all by herself. Audrey would help Aunt Grace in case of any emergency like, pulling the ladder from the cellar or other things which her old hands were incapable of doing. Their neighbourhood was a very quiet place. It was a bit secluded area from the main street. But at the end of the lane there was a departmental store which was a busy spot. Audrey’s parents were never comfortable leaving their child all alone in the afternoons. Aunt Grace would usually doze off in the quiet noon’s while knitting or reading and it would not be right to disturb her or ask her to keep a watch on Audrey. But Audrey, was a brave girl. She would proudly tell her parents to relax and stop worrying about her. She boasted that she had all hidden security measures in place to keep her house safe. Her parents wondered what kind of security measures she was talking about.

That day as Audrey’s school bus sped off, she noticed Aunt Grace watering her backyard plants. She thought that it’s been a while that they both met. She decided to visit her when she got back from school. She bought some yummy cupcakes from the shop next to her school for the tea party with Aunt Grace. On reaching home, Audrey freshened up, made tea and placed the cakes in the serving dish. She was looking forward to see Aunt Grace surprised to see Audrey with cake and tea. Stuffy excitedly followed her. Audrey rang the doorbell of Aunt Grace’s house. Usually it would take a little longer for her to walk up to open the door but today it was taking more time than the usual. Audrey knocked on the door but there was no reply. Now, Audrey was worried and anxious. What could have happened? Did Aunt Grace go to the departmental store or was she so much in deep sleep that she could not hear the loud thumping noise? Audrey frantically ran to the backyard and tried to peep in the house but she could not see Aunt Grace anywhere in the living room. The T.V. was on, the woollen yarn and the half-knitted scarf was lying on the floor. Now, Audrey was really getting scared. She immediately ran to her house and called up the police patrol number. She quickly switched on her home computer. Within no time the police came and tried to break open the house. By now, Audrey’s parents too were home and she narrated the entire episode to them. Audrey was glued to her computer; her parents were agitated seeing her surfing something on the P.C. The police combed the entire house but no avail. They found that the blaring T.V. on, the woollen scarf and her broken specs were found lying on the floor. This clearly indicated that Aunt Grace was forcefully shoved out of the house and she would have resisted. The door lock too, was broken. Audrey hugged her mom and was crying a lot.

The police started alerting their squad on the wireless. The CCTV footage was not clear as the burglars were masked and the car number plate too was unclear. But the footage showed that the two masked men forcibly entered Aunt Grace’s house and wanted to loot it. They were seen carrying a big bag. Aunt Grace was handcuffed and she was pushed in the car which sped away in the opposite direction. Audrey was very perturbed watching all this. She rushed with her tech creation – a location tracking bracelet to the police officer and said, “Officer, I am sure you will track her down but I am worried it would be very late and we want her to be safe as well. I had made two bracelets with locators, one I wear it on my wrist, the other one I had given it to Aunt Grace. In case of emergency, she can alert me by pressing the sensor. The moment she presses the sensor, I will get an alert on my home P.C. which is mapped to both the bracelets. I thought she would be apprehensive to use it, but thankfully she has pressed it even in the scuffle today indicating that she needs help. Here, we can see the location of the car on my P.C. Also, I had installed a small hidden camera outside both the houses so that in case of visitors it would capture images which can be seen on the P.C. See, you can clearly see the car number. Maybe this can help. Please officer, should we try this out and act fast.” The officer’s jaw dropped in awe and he was speechless seeing this cute twelve-year-old whiz kid. Audrey’s parents were wondering where and when did she make these amazing things? The officer immediately got into action and said, “Well! I have put my folks on the job but yes, we can try this as well. Ultimately we want Aunt Grace to be safe and back soon.” Hearing this Audrey shared the current location to the officer and he in turn alerted it on the wireless. Now, the burglars were stationed at a spot which was a remote location from Audrey’s residence. The police squad had already got into action and were on the move to rescue the old woman. Within no time, the police reached the spot and the masked men were taken in custody. Aunt Grace was rescued!

Audrey was elated hearing that Aunt Grace was safe with the police. She started crying and smiling both at the same time. Her proud parents hugged her and the officer cuddled her and said, “You truly are an amazing girl. It was a very close call and you made it happen so easily. Hats off to you sweetie. God bless you!” Aunt Grace was brought home safely by the police. She was then treated for all bruises on the face and hands. That night, Audrey insisted that Aunt Grace should stay at her place and rest with her. She readily agreed as she herself was in a state of shock. The officer informed that the masked men were notorious burglars who would keep a watch on such houses which were secluded and would target senior citizens and kids. They would burgle such houses, handcuff the victims and take them to a remote spot and dump them.

The police decided to felicitate Audrey and work on more robust security measures. Audrey was happy that her “Best out of waste” experiment saved a life. Audrey’s dad intriguingly asked her, “Audrey, how did you make those bracelets? I don’t think we trashed something that could be used to make a locator or a camera.” Audrey gleefully said, “Dad, my sci-fi magazine had an article on how to make a bracelet with a locator and luckily, we had mom’s two bracelets thrown in the trash. I assembled all the material required and made it workable! The magazine also demonstrated on pairing the locator to the P.C. I did that too, just to check if my creation was working. Also, with the pocket money that you gave me last week, I bought some things which were required to make the camera and the locator. I worked on this for the last entire month and decided to surprise all of you on your anniversary coming next week. I am glad that Aunt Grace made full use of the bracelet.” Her parents were teary eyed and proud of their daughter. Aunt Grace cuddled her and thanked Audrey for her big rescue. She said, “Surely, Audrey is going to do something big when she grows up. Childhood is about being smart, being innovative, learning a lot, reading and making use of the technology in the right way. I am proud that she used the tech knowledge in a correct way. God bless you.” She gave a peck on Audrey’s forehead and Stuffy too was yelping in joy. Now her parents were sure that their house was safe and secure. Who would dare to enter Audrey’s house now! To make everyone’s mood a little lighter, Audrey announced “Ace up your sleeves for my next invention. It’s a drone! It’s almost ready and I am sure you all will be proud of me again.” They all laughed aloud and the adventurous day ended with a good note.
Share with 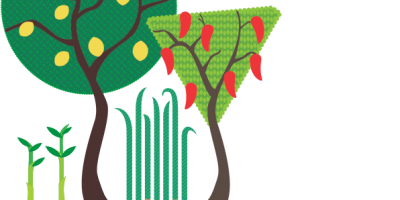 Chiku wants to make the most of it in the lockdown period. Read on to know how Chiku absorbs the... 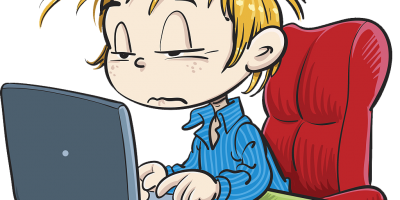 Here we go!! The first Chapter of Chiku's Unlock Diary brings you the changed perspective of our hero - Chiku...